Please Note: This article is written for users of the following Microsoft Excel versions: 2007, 2010, and 2013. If you are using an earlier version (Excel 2003 or earlier), this tip may not work for you. For a version of this tip written specifically for earlier versions of Excel, click here: Changing Input Conventions.

Roy is from the UK but he works in Italy. There are two major differences in how Excel works on his system in Italy when compared to how his UK system works. One is that commas are used instead of decimal points. The second is that when Roy is working with functions he must enter semicolons between function parameters instead of commas. Both differences are frustrating to him, as he is used to entering decimal points and commas (in functions) without even thinking about it. Roy wonders if there is a way to make the Italian version of Excel function like his copy back in the UK. 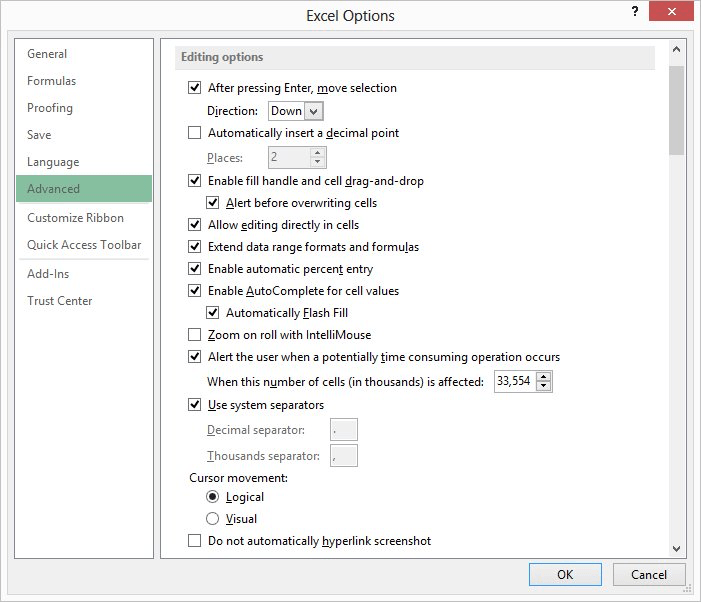 Figure 1. The advanced options of the Excel Options dialog box.

This will not solve the entire problem, however. The better solution is to leave Excel unchanged and make your configuration changes in Windows itself. Follow these general steps:

You may have to restart Windows and/or Excel for these changes to be fully implemented.

ExcelTips is your source for cost-effective Microsoft Excel training. This tip (5843) applies to Microsoft Excel 2007, 2010, and 2013. You can find a version of this tip for the older menu interface of Excel here: Changing Input Conventions.

If your writing often contains words that include numbers, you'll want to make sure you set up the spelling checker to ...

Displaying Spaces in a Document

Seeing where every space is within a document can be very helpful in polishing your editing. Here's how to make those ...

Who Has the Workbook Open?

When you are working with workbooks to which multiple people have access, it can be helpful to know who has a particular ...

Specifying the Behavior of the Enter Key

You type information in a cell and press Enter. What happens then? Excel allows you to specify exactly what should ...

Don't want to always type the decimal point as you enter information in a worksheet? If you are entering information that ...

What are you to do if you suspect that some of your worksheet functions aren't recalculating automatically? Here's some ...