The short answer is that no, you don't have Excel 365. That's because the "365" in Office 365 doesn't refer to a version number. In fact, Office 365 isn't really a product—it is, instead, a delivery method for a bundle of products, including Office. That bundle includes a couple of things, such as the latest versions of Office applications (Excel, Word, PowerPoint, etc.), the ability to install on multiple systems, and OneDrive access.

The plan right now is that Office 365 subscribers will always have the latest versions, which means that when Office 2019 is released sometime in the second half of 2018, those subscribers will have that version automatically, as well.

If you want see the actual version of Office that you have on your system, start by clicking the File tab of the ribbon. At the left side of the screen, click either Account or Help, depending on your version of Excel. You should see, at the right side of the screen, a bunch of information about Excel under the heading "Product Information." For some versions of Excel, you may see the version number right under the Office Updates heading. Why it is shown there and which versions show it remains a mystery—there seems to be no rhyme or reason that I can determine.

If your version number is not shown on that screen, or if you just want the full version information, you can click the About Excel button and you'll see a dialog box with all sorts of information about Excel. (See Figure 1.) 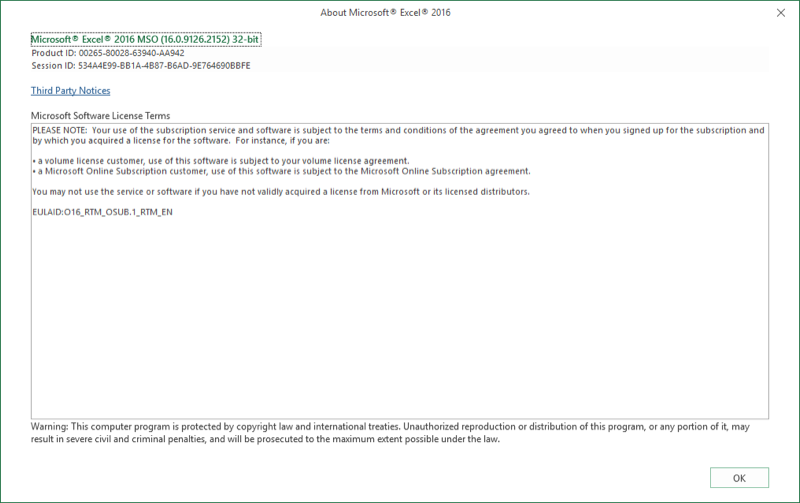 The following figure shows an example of the About Microsoft Excel for Office 365 dialog box. (See Figure 2.) 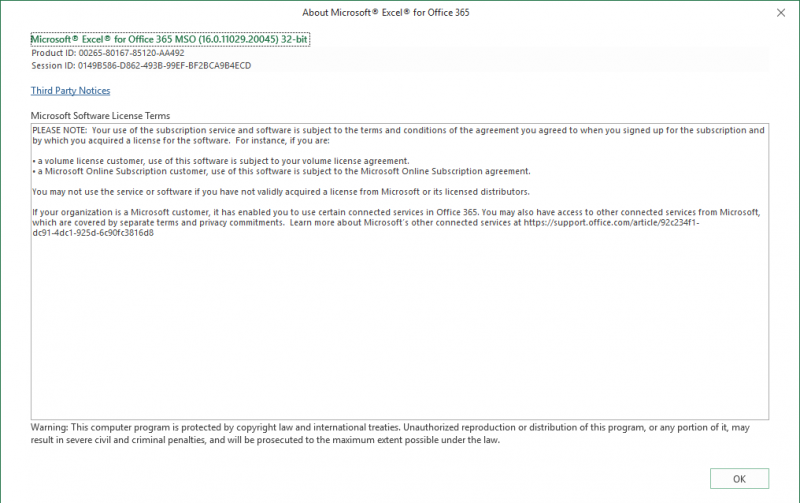 Figure 2. The About Microsoft Excel for Office 365 dialog box.

Note that the dialog box's header and first line all indicate the actual version of Excel you are using.

The bottom line is to simply remember that Office 365 is a subscription service—a delivery method. Through that service you are given your actual version of Excel, as detailed above.

Track Changes is a great tool to use so that you can, well, "track" what changes are made during the development of a ...

You can use the CLEAN worksheet function to remove any non-printable characters from a cell. This can come in handy when ...

The Registry is the central depository of configuration information used by Windows and by programs running on your ...

Thoughts and Ideas on Significant Digits in Excel

Message about a Problem with the Clipboard

Imagine this: You are working along just fine in Excel, then you try to make an edit to your workbook that causes a ...

Move from one worksheet to another, and Excel selects whatever cell was last used in the worksheet you are selecting. If ...

Something else to note about Office 365 and Excel is that the 365 version does not fully support all of the functionality you would see in your desktop version - especially macros! Even some basic functionality like formatting tools are not guaranteed to work. I dare say Microsoft will get around to fixing them in time, but frustrating when you find them.