When putting together a formula in a cell, Von can type (for instance) an equal sign, click on a cell, type a plus sign, and finally click on the other cell. Recently, though, he cannot use the scroll wheel on the mouse to navigate to the cells he wants included in the formula. He can use the scroll wheel when he's just working in the worksheet, but once he is editing a formula, the scroll wheel no longer works to scroll the screen. It happens only on this one computer system; others in the office work as expected. Von wonders how he can fix this.

Von is not alone in this problem, as it is one that has plagued Excel users for quite some time. There are different manifestations of this problem, and it is an area where it is very helpful to be precise in what is going on. Let me explain... 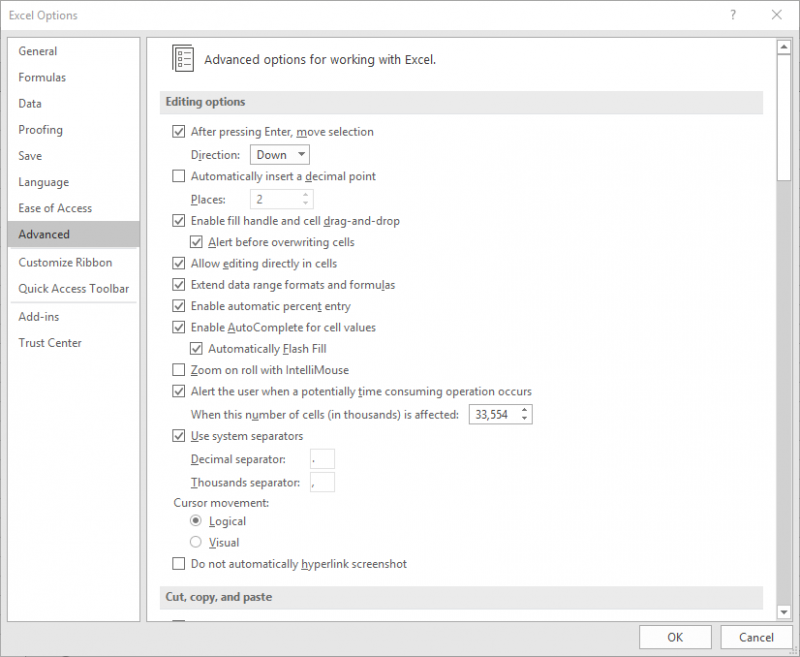 Figure 1. The Advanced options in the Excel Options dialog box.

It is the selecting or clearing of the Allow Editing Directly In Cell check box (step 3) that controls whether the user can edit in cells or not.

As a side note, with the dialog box visible, you may want to make sure that you also clear the Zoom On Roll with Intellimouse option. When this option is selected, then the mouse wheel doesn't really navigate, but instead us used to control the zoom factor at which you are viewing your workbook.

Experience has shown that if you have the Allow Editing Directly In Cell check box turned off—meaning that the user can edit only in the Formula bar—then there is a weird side effect that has been plaguing Excel users for the past decade or so. (At least since the advent of Excel 2007.) When you press F2 to edit a formula, the insertion point jumps into the Formula bar, as you would expect. However, that also means that the worksheet itself loses focus and, since it loses focus, you can no longer navigate through the worksheet using the mouse wheel. This means the user can then no longer scroll through the worksheet to click a cell. Some users have reported that they've been able to fix the issue by doing one of the following:

These things haven't worked for all users, however. This means that if you are experiencing this issue (like Von is), then the only thing you can do is to try one potential fix after another until you find one that works for you. Or, worse still, find a combination of the above fixes that works for you.

Since this problem didn't exist in versions of Excel before Excel 2007, it is definitely an issue with the program itself—something that Microsoft did when releasing the then-new version of the software changed how Excel behaved relative to the mouse, and they haven't fixed it since that point.

Inserting a Sound File in Your Worksheet

Some worksheets are better understood through the spoken word or with musical accompaniment. Sound files can be easily ...

Ever need to print the mirror image of your document? This tip explains how to reverse your image so it can be used for ...

A sidehead can be used as a layout element for a document. You can create sideheads in a document by using text boxes, as ...

Need to quickly select a range of cells? Perhaps the easiest way is to use both the mouse and the keyboard together, as ...

Excel makes it easy to transpose your data so that rows become columns and columns rows. It doesn't have a built-in ...

Getting Rid of Spaces in Cells

Importing data into Excel that was generated in other programs can have some interesting side effects. For instance, you ...

The problem with mouse wheel is seen in MS Word 2016 also- at least I am one person who is facing the issue. It is a Logitech Mouse and scroll up or down has stopped working