Please Note: This article is written for users of the following Microsoft Excel versions: 2007 and 2010. If you are using an earlier version (Excel 2003 or earlier), this tip may not work for you. For a version of this tip written specifically for earlier versions of Excel, click here: Moving Comment Background Pictures to Cells.

Francois has a bunch of comments in a worksheet, and each comment contains a picture as a background. He would like to remove those background pictures from the comments and place them, instead, as graphics in the cells just to the right of where the comments are located.

The only way to do this is with the aid of a macro. The reason is that you cannot manually select and copy any graphic that has been stored in the background of a comment. You can, in a macro, approximate "grabbing" the image:

The macro steps through each comment in the active worksheet. The entire comment (including the background) is copied as a graphic to the Clipboard, then it is pasted into the desired cell. The background of the comment is then set to a different fill instead of the graphic.

You should note that this approach provides only an approximation of grabbing the background picture. It also, in copying the entire comment as a graphic, copies any text that is contained in the comment.

ExcelTips is your source for cost-effective Microsoft Excel training. This tip (11165) applies to Microsoft Excel 2007 and 2010. You can find a version of this tip for the older menu interface of Excel here: Moving Comment Background Pictures to Cells.

Clearing the Undo Stack in a Macro

When writing a macro, you may need a way to clear the undo stack. This can be done with a single command, as described in ...

WordPerfect included a command that allowed users to save a copy of their current document to the A: drive. Word has no ...

Inserting a Cross-Reference to the First Style on a Page

A common way to set up a header is to have it refer to the first occurrence of a heading on the page. (Think how the ...

Adding a comment to a single cell is easy. What if you want to add the same comment to multiple cells, however? Here are ...

Comments can be a boon when you want to annotate your worksheets. If you want, you can instruct Excel to print the ...

Excel allows you to not only put information into cells, but into comments attached to those cells. Here's how to copy ...

Attention: A "funny" thing with .LockAspectRatio = msoTrue is the following:

The standard shape of a comment is a rectangle. It shows four circles in each corners and four circels in each middle of the sides.

If .LockAspectRatio = msoTrue is used the AspectRatio is only locked, if the comment shape is drawn at the circles in the corners.

But the AspectRatio is easily destroyed, if the comment shape is drawn left or right, up or down at the circles in the middle of the sides. 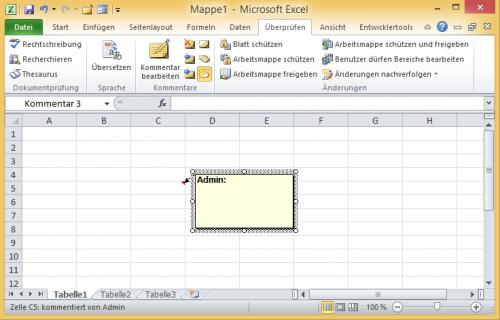 To make sense to move comment background pictures to cells it is necessary to preserve the scale of the inserted user picture:

Dim i As Integer

If ActiveSheet.Comments.Count = 0 Then
MsgBox "No comments in entire sheet"
Exit Sub
End If

End With
End If
End With
Next rngZelle

Perfect macro, it was helpful for me. Thanks a lot. I deleted the row SHAPE.FILL to keep picture also in the comment.