Please Note: This article is written for users of the following Microsoft Excel versions: 2007, 2010, 2013, 2016, 2019, and Excel in Microsoft 365. If you are using an earlier version (Excel 2003 or earlier), this tip may not work for you. For a version of this tip written specifically for earlier versions of Excel, click here: Highlighting Values in a Cell.

Highlighting Values in a Cell

Trev has a table of sales forecasts by product that several users review and update. The forecasts are initially set with various formulas, but the users are allowed to override the formulas by entering a value into any cell that contains one of the formulas. If a user does this, it would be helpful for Trev to have Excel somehow highlight that cell.

There are a couple of approaches you can take. First, you could use conditional formatting to do the highlighting. Set the conditional formatting rule type to Format Only Cells that Contain, "Cell Value" "Not Equal To," and then enter the formula as the comparison. This will tell you when the value in the cell does not equal whatever the formula is, but a potential "gottcha" is if the person overrides the formula with the result of that formula. For instance, if the formula would have produced a result of "27" and the user types "27" into the cell. 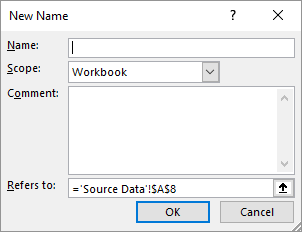 Note that the ISFORMULA function (step 5) was introduced in Excel 2013. If you are using Excel 2007 or Excel 2010, then you should use the following formula in step 5, instead:

The formula returns True or False, depending on whether there is a formula in the cell or not. If there is no formula, then True is returned and whatever format you specify is applied to the cell.

Another approach is to forgo the named constant approach and, instead, use a formula directly in your conditional formatting rule. Make sure you define the rul as Use a Formula to Determine which Cells to Format and enter the following formula in the condition if, for instance, you are conditionally formatting cell C1:

The formula returns True if there is no formula in the cell, so the conditional format is applied.

If you are using Excel 2007 or Excel 2010, you can put together your own ISFORMULA function using a macro, like this:

You can then use your own IsFormula in the conditional formatting rule, as already discussed.

The only downside of using any of these formulas to determine if a formula is in the cell is that it cannot determine if the formula in the cell has been replaced with a different formula. This applies to both the macro approach and the defined formula approach.

A totally different approach is to rethink your worksheet a bit. You can separate cells for user input from those that use the formulas. The formula could use an IF function to see if the user entered something in the user input cell. If not, your formula would be used to determine a value; if so, then the user's input is used in preference to your formula. This approach allows you to keep the formulas you need, without them being overwritten by the user. This results in greater integrity of the formulas and the worksheet results.

Setting the Distance between Text and Borders

Add a border around a piece of text (such as a paragraph), and Word makes some assumptions about the placement of that ...

Excel allows you to easily convert values from decimal to other numbering systems, such as hexadecimal. This tip explains ...

The precision of numeric values you display in a worksheet can be less than what is actually maintained by Excel. This ...

A handy way to store latitude and longitude values in Excel is to treat them as regular time values. When it comes around ...

It's easy to automatically set the contents of one cell to be equal to another cell. But what if you want to copy the ...

If you want information to display on the screen using fractions instead of decimals, you're in luck. Excel provides ...

So FORMULATEXT, or either GET.CELL (parameter 48, as used here, or... 6, I think, or near that) using our fine friend GET.CELL.

By the way, not precisely related, but either GET.CELL will return the cell contents, formula they may be, or not. FORMULATEXT will return an error if anything other than a formula is present. That difference can be of use. Not necessarily better use than, say, ISFORMULA, but of use.