Please Note: This article is written for users of the following Microsoft Excel versions: 2007, 2010, 2013, 2016, 2019, and Excel in Microsoft 365. If you are using an earlier version (Excel 2003 or earlier), this tip may not work for you. For a version of this tip written specifically for earlier versions of Excel, click here: Getting Rid of Leading Zeros in a Number Format.

Getting Rid of Leading Zeros in a Number Format

If you want to get rid of the leading zeros, then you need to rely upon a custom format. This is rather easy to create; just follow these steps: 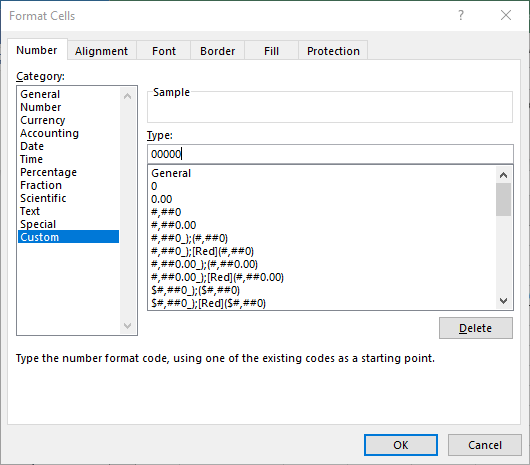 Figure 1. The Number tab of the Format Cells dialog box.

Second, if the value you enter into the cell has fewer than three digits to the right of the decimal place, then only the number of digits required will be displayed. Thus, if you have multiple cells formatted this way, it is very possible for the numbers to not "line up" along the decimal point. The solution to this is to change the format to something that will always display the same number of digits after the decimal point. A good choice is, in step 6, use the format ".000" (without the quote marks). This format will always display three digits after the decimal point, adding zeros to the end of the value, if necessary.

You could also change the format a bit if you want things to line up on the decimal point, but you don't want any trailing zeros. Try replacing the hash marks (#) in the custom format in step 6 with question marks. Thus, you would use ".???" instead of ".###". This results in up to three digits being displayed, but if there are fewer than three digits the remaining question marks are replaced with spaces.

Fourth, if you enter 0 in the cell, it won't be displayed at all. Instead you get a single decimal point in the cell and nothing else. The way around this problem is to make your custom format just a bit more complex. In step 6, above, enter the following as the custom format:

This custom format indicates that a 0 value should be shown as 0, any value less than 1 should be shown with no leading zero and three digits to the right of the decimal point, and anything else should be displayed using the General format.

One final note: If you still see leading zeros before a number, it could be that Excel doesn't think it is a number at all. It could be that your number has been formatted as text by Excel. If you think this might be the case, click in the cell and you will see a small information icon to the left or right of the cell. Click the icon and choose the Convert to Number option from the choices presented.

Conditional formatting can be a great way to modify how the information in your worksheet is displayed. The feature has ...

When working with lots of documents, you may have need from time to time to discover which of those documents contain ...

Many modern printers include multiple paper trays that can be used for different types or colors of paper. Word allows ...

While the implementation of custom formats in Excel is not terribly robust, you can still achieve some amazing results ...

Custom formats can be very powerful in Excel, but not every formatting scenario can be addressed through the use of a ...

Want to apply a custom format to your dates and times? To do it effectively you need to understand the custom formatting ...

One CAN address the decimal point that follows integers/whole numbers here.

After doing whichever parts of the above apply and seeing the decimal point appear, apply a Conditional Format to the cells that tests to see if the cell value is an integer (or whole number) and applies the General format if so.

This can also be used to address the 0, though it is easier to do that in the normal formatting, though it seems instead of using the conditional approach with "[=0]..." one could address it in the usual four part "positive;negative;zero;text" formatting.