Please Note: This article is written for users of the following Microsoft Excel versions: 2007, 2010, 2013, 2016, 2019, and Excel in Microsoft 365. If you are using an earlier version (Excel 2003 or earlier), this tip may not work for you. For a version of this tip written specifically for earlier versions of Excel, click here: Zooming with the Keyboard.

Zooming With the Keyboard

For most purposes, Excel allows you to issue commands and perform functions by using either the mouse or the keyboard. Unfortunately, Excel does not provide “equal access” for all commands. For instance, it is relatively easy to zoom in or out using the mouse, but there is no easy way to do it using the keyboard (other than using the keyboard to traverse the menus and select a zoom setting).

If you want the ability to zoom in or out easily using the keyboard, the only way to get it is to create a macro and then assign the macro to a keyboard combination. The following VBA macro (MyZoomIn) allows you to zoom in to (enlarge) a worksheet by 10%:

Notice that the macro only allows you to zoom in up to 400%. This is because Excel allows you to only zoom that high, and any higher would generate an error. A slight variation on the same theme results in a macro I call MyZoomOut. It zooms out of (reduces) a worksheet by 10%:

This macro sets the bottom boundary at 10%, which is the smallest you can go. Any smaller, and Excel would generate an error again. 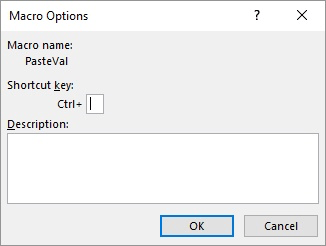 If you know the secret, you can use actual words as "bullets" in a bulleted list. The built-in bulleted lists in Word ...

While there are no true Reveal Codes in Word, as in WordPerfect, as they are vastly different word processors, there is a ...

Adding a Toolbar to the Taskbar

Normally the taskbar is used to display icons for currently running programs on your system. Here's how you can go beyond ...

Zooming In On Your Worksheet

If you have trouble seeing the information presented in a worksheet, you can use Excel's zooming capabilities to ease the ...

Tired of shared workbooks opening at some strange zoom factor that makes viewing your data difficult? Here's how to make ...

Do you want to display a particular range of columns within the Excel window? Here's a couple ways you can accomplish the ...

Some of us remember the keyboard shortcuts from older versions, and they still work! Alt-V (View menu), Z (for Zoom), up/down arrow (to set %), Enter (to set).

Zooming with the touch-pad can be a pain as it can be triggered accidentally. How can I turn it off?

Thanks, very much Philip
I have just tried your hint out, and found that it worked in Excel 365 but not Excel 2010.
If/when I drop the 365 subscription I would assign Control+Alt+"+" to the zoom in macro and Control+Alt+"-" to the zoom out macro to maintain compatibility.

I believe that since Excel 2016 a keyboard shortcut was actually introduced (Control+Alt+"+" to zoom in and Control+Alt+"-" to zoom out). This does steps of 15% zoom each time when pressed ...

Actually F6 will get you to the status bar and then you can arrow over to the zoom in or out. You do not need VBA for this.

Here is a one line variant of both macros: